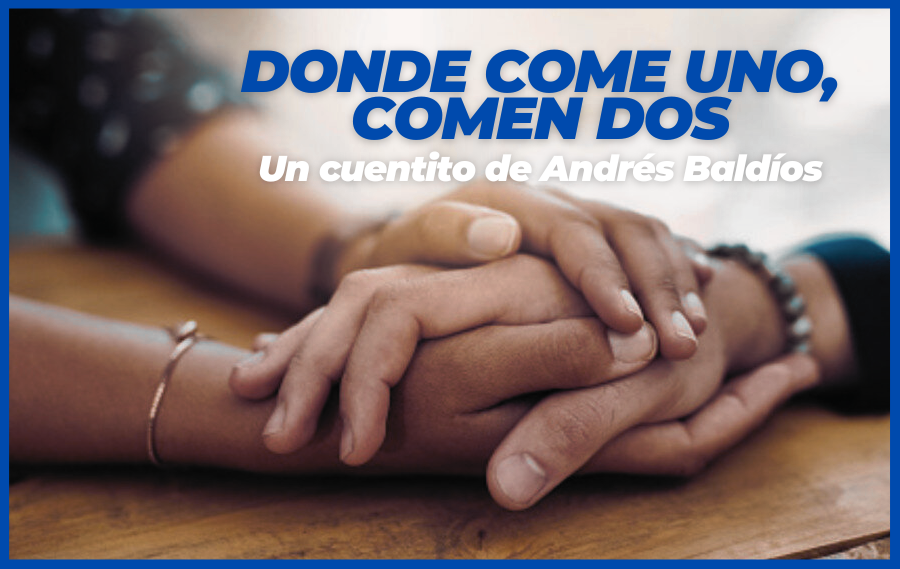 With this short story, we give you a moment of peace in situations that seem to overwhelm us, a moment of love in difficult times.

Moving is always a delirium. And more if it is your first apartment, your first home apart from which you grew up. Throwing oneself into the trance of reality, the initiation to survival. What a delirium! And even more so when they are a couple of newlyweds who are risking themselves into the experience of establishing among the novelties of the difficult race of life. Relatives have encouraged them to think it’s going to be easy, that it is the beginning of the rest of their lives, but they know perfectly well, each one from his individuality, that life is more than words, and marriage more than roles to fulfill.

They had only been married a couple of months. One of them had gotten a job as a teacher in a city other than his and his partner’s. Both chose to live in said city, because they had to go where the job offer cried out for availability. As soon as they settled in the narrow apartment (a space with two rooms, a bathroom and a kitchenette) they knew that the plot of their lives would not be easy at all. Even so, their affection and mutual trust gave them the right assurance that they would become a widely interesting continuity; difficult as in all great cases, but ultimately wonderful.

Everything is new in the first days. Later the routine enters with the plan to stay, always accompanied by its most ironic weakness: that there is no day that is repeated. It is a matter of opening ourselves to the circumstances.

As in any beginning, there is little money, and a huge list of sacrifices to come. It was a cloudy day. One of them, now a teacher, left work. They had been placing their lives for a couple of weeks now. Before arriving at the apartment (her new home of his, to be precise), he bought a cheese and meat pie with the only money he had left.

He barely opened the apartment door, his wife was already waiting for him with one of those smiles that don’t fit anywhere. He returned her smile with all the fervor of his being, despite his tiredness, because there is always enough strength to surrender. They went to the kitchen. He took the pie out of the backpack and placed it on the plastic table. I bought you this, he told her, and his partner sweetly accepted. He’ll eat later, he’ll see what to do, the important thing is to look after his partner first, protect her; there is always plenty of time to surrender.

He put the backpack aside. And about to take off his jacket, he saw how his wife deposited a couple of small plates on the table and the pie cut in half. He looked at her, surprised. She smiled at him again. Eat with me, she told him. But… the pie is for you. I bought it from you, he said in a worried tone. But she looked at him deeply, smiled at him again and repeated: Eat with me. At that moment, the apartment rumbled with inexplicable heat: because we’re in this together, the circumstances explained.

Their gaze jumped back and forth from the bites of cake to their faces; he forced himself not to cry. It was happiness. They both ate in silence, their chests rumbling. They had so much to say…

Centro Fox is officially a learning