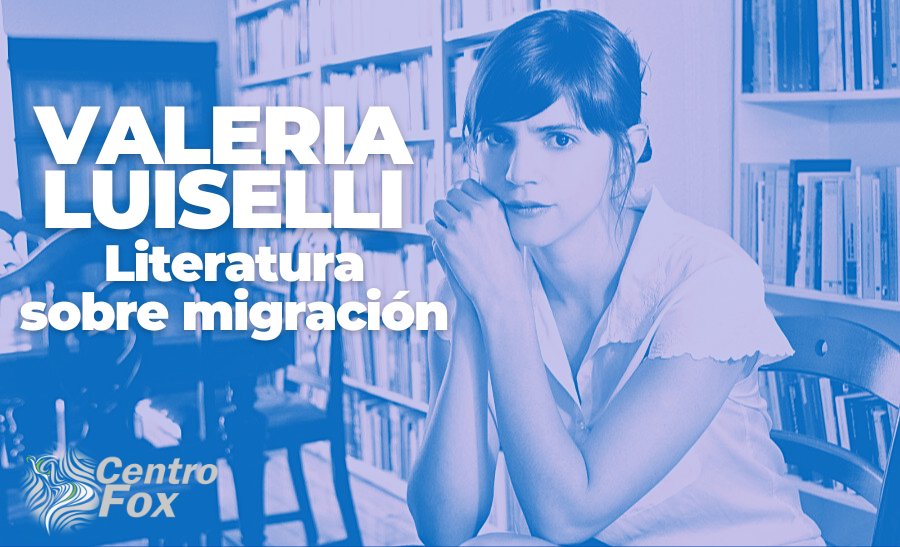 “The only good thing about dedicating yourself to writing is the absolute freedom to think, to invent, to live many lives every time you sit down in front of a manuscript.“

Barely 22 years into a new millennium (which is quite a short time) and women continue to be shamelessly easy and constant targets of social prejudice, even as in the old days. We seem to know the story, but we tend to ignore it. Between sexism, xenophobia and other contributions of hate, the panorama of reflection seems limited.

Fortunately, for understanding the contributions of the so-called “minorities”, persist; which, hands on the table, have never really been.

Mexican author of frank and memorable writings, Valeria Luiselli is a particular exception in the world of feminism and literature. Unclassifiable, in favor of language and empathy, Luiselli knows, firsthand, that literature is not an easy job, much less for women.

Rejected countless times in her country México, and relentlessly criticized for her harsh opinion of feminism linked to banner actions and whining, her main cause is not, however, focused on a specific feminism. Its theme is the identity of the dispossessed, whether in emotional or territorial matters. In her works such as Lost Children Archive (2019) and Tell Me How It Ends (2016), she speaks of the fate of migrants through a hostile world perpetuated by social and political forces, with a lack of empathy, systematic. Tell Me How It Ends is, for example, a strong manifesto about migrant children awaiting a destination in the New York immigration court, attracting more readers every day. At a time when walls of intolerance exist and persist, migration has finally become a global priority.

Just as the contributions of hate persist at an accelerated pace, so do the struggles against repression. As Luiselli affirms regarding the idolatries of the system: “There is no need to occupy any place. Spaces of freedom must be invented”.

A female voice in the name of literary freedom and migration, an impressive mix that contributes to social understanding and the very evolution of current feminism, without a specific title, but with the commitment to exercise greater action, regardless of the sex of whoever it is. makes. Society evolves when it sets aside terms and conditions, focusing resources on empathy.

Twice nominated for the National Book Critic Circle Award and referred to as the new revelation of Latin American letters by the German press, Valeria Luiselli is a stimulating exemplification of a subtle feminism (without banners or explicit titles), social commitment (with actions and words by equal) and, of course, literature of the highest quality.

Centro Fox is officially a learning